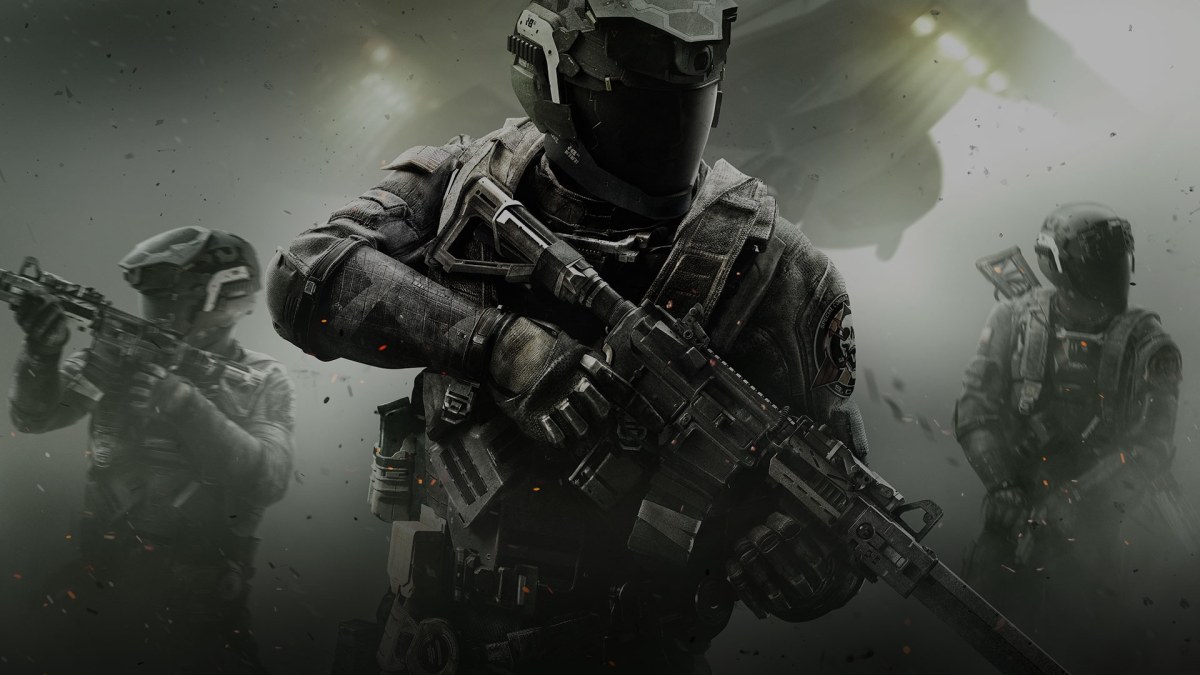 Ah, Infinite Warfare. Source of YouTube’s most disliked gaming-related video. Outshined by DICE’s WWI epic and Respawn’s giant mech-fighting funfest. Those who have followed this game even to a small degree would have seen something along the lines of: “Pros: MWR; Cons: Infinite Warfare“, indicating the community’s preference for Infinity Ward’s original masterpiece, Modern Warfare. It’s a shame, really, because Infinite Warfare really is a well made shooter; it’s only the title of Call of Duty and this generation’s over-saturation of futuristic shooters that have earned it such a negative reaction. Actually, some may argue that Call of Duty was originally a WWII title and never should have entered the modern era, but that’s another discussion.

This article is a piece on my thoughts about Infinite Warfare; more specifically, its campaign. Yes, I understand that most people play the Call of Duty series for the multiplayer (especially in recent years), but there once was a time where CoD‘s campaigns were gripping, exciting tales, and I must admit that I still enjoy playing a shooter campaign, even if sometimes just for achievements and such. Infinite Warfare is no exception. Despite its release alongside MWR, I found myself enjoying the campaign. Perhaps not its story, which we’ll discuss in a little bit, but sometimes you need to judge a game by how much fun it is to play. Infinte Warfare, I can say, is fun to play.

So let’s get right to it. The premise of Infinite Warfare is that in Earth’s quest to seek materials and resources to supply its ever-crowding planet, the United Nations Space Agency (whose acronym is, annoyingly, just one key away from “UNSC”) expands into the rest of the solar system. Somewhere along the way, the people on Mars grow disillusioned with Earth’s rule over the system and secede, forming the Settlement Defense Front. This SDF (called “SetDef” in-game) is a defense force only by name; in fact, they actively seek out and attack Earth settlements, taking no prisoners and killing civilians. Their society is a very militaristic one; almost nothing is wasted on style or fashion, and fifteen years of military service are required from the age of 12. The game starts when the SDF launches an attack on Geneva, leading the UNSA to declare war.

First, let’s deal with the elephant in the room. The writing is atrocious. Little about it makes sense. For instance, we are to assume that the events of the game all transpire in the span of a single day; that is, the SDF’s attack on Geneva, the UNSA deploying SATO (Solar Associated Treaty Organization; the UNSA’s military representation) to counter the threat, the killing of SDF Admiral  Salen Kotch, and the destruction of the Mars orbital platform (and ultimately the defeat of the SDF) all take place within 24 hours. Moreover, despite the arrival of the SDF’s flagship Olympus Mons on Earth and its subsequent destruction of the entirety of Earth’s fleet (save two ships), suddenly the ragtag, skeleton crew of Reyes’ vessel Retribution are capable of singlehandedly engaging in conflicts all over the solar system without being appreciably disadvantaged.

That’s not to say that Infinite Warfare was strictly a Hollywood mess of explosions and lens flares. Though I feel that IW‘s plot takes a place somewhere near the bottom of my list of great CoD titles, it beats out Advanced Warfare and Ghosts for having some spectacular moments. Namely, there’s one mission that stands out in my mind the most.

The asteroid mission. Holy cow, what a mission. Now, each of Infinity Ward’s games have had a moment or moments that really sear into your memory. The Modern Warfare series is full of them, from crawling out of a nuked chopper to “No Russian” to smoking a cigar while Makarov hangs. Infinite Warfare has contributed one more to that list. In this mission, an asteroid-mounted mining base has been knocked out of its normal orbit by the Olympus Mons, bringing it too close to the sun. Exposure to its rays are now near-lethal; in one harrowing scene, the SAR team comes upon a civilian worker whose suit and body are burned to a crisp. Throughout the entire mission, the team has to watch the day/night cycles, forced to find shade whenever their side of the asteroid is exposed.

Unfortunately, though within the context of the story one can see the high stakes of dealing with an environment that will unhesitatingly kill you almost instantly, the mission does not use this to a deep extent. Any Call of Duty player must remember “All Ghillied Up”, for example, where the entire theme of the mission was stealth; the constant pressure of having to keep a low profile drove the narration and the gameplay. In Infinite Warfare, apart from a couple of sequences here and there, there’s almost no risk from the sunlight, so long as you’re smart and not too bold. Ultimately, the mission does stand out of my mind, but it’s because of its setting rather than its design.

But why do I say, then, that Infinite Warfare is fun to play? Those who know me know that I generally prefer story- or narrative-driven experiences, like Stardew Valley or To The Moon, especially in a single-player campaign. Well, to that, I say that it’s fun to play because…well, because it’s fun to play.

In a first for the series, Infinite Warfare takes place primarily in space. Therefore, there is a lot of ship-to-ship combat, something that easily accessible triple-A titles have been lacking. Not even Halo or Star Wars: Battlefront has space battles to this extent and magnitude, and it is very difficult to get into space simulators if one does not have a powerful enough PC to run them, or the time and energy to break into veteran communities. With Call of Duty‘s historical dedication to console players and the money and talent behind the game, Infinite Warfare was able to bring space battles to an audience waiting for them. If we drop the Call of Duty title, and if we drop the fatigue of space shooters in today’s market, we can see that Infinite Warfare is still a fun game to play.

Moving on. I’m only going to touch briefly on infantry mechanics, because they’re still the same old Call of Duty that works well. It’s slick, it’s fast, it’s easy to pick up; it’s all the best of the Call of Duty mechanic. That being said, Infinite Warfare allowed for zero-G combat, which may be one of the most interesting things I’ve played thus far. Previously, in zero-G combat, your character was still fairly stationary in terms of rotation. This is true in Halo (which never really had zero-G but low-G), other Call of Duty games (just one level), and Battlefront (ha). But Infinite Warfare took it to a more immersive level, allowing three-dimensional cover, movement, and rotation, so you could be shooting someone in the face while 180 degrees rotated from their reference frame. It would have also been fun to see gun recoil create a fairly substantial effect on movement (Newton’s third law of motion). I’m not sure whether or not guns actually do create an opposing motion, but whatever; that’s more of a smaller point.

I'm currently a sophomore in college, working towards a dual degree in music and mechanical engineering. I play a number of instruments, and I'm usually writing about video games. View all posts by reckless150681