Get your Wagner tape ready. 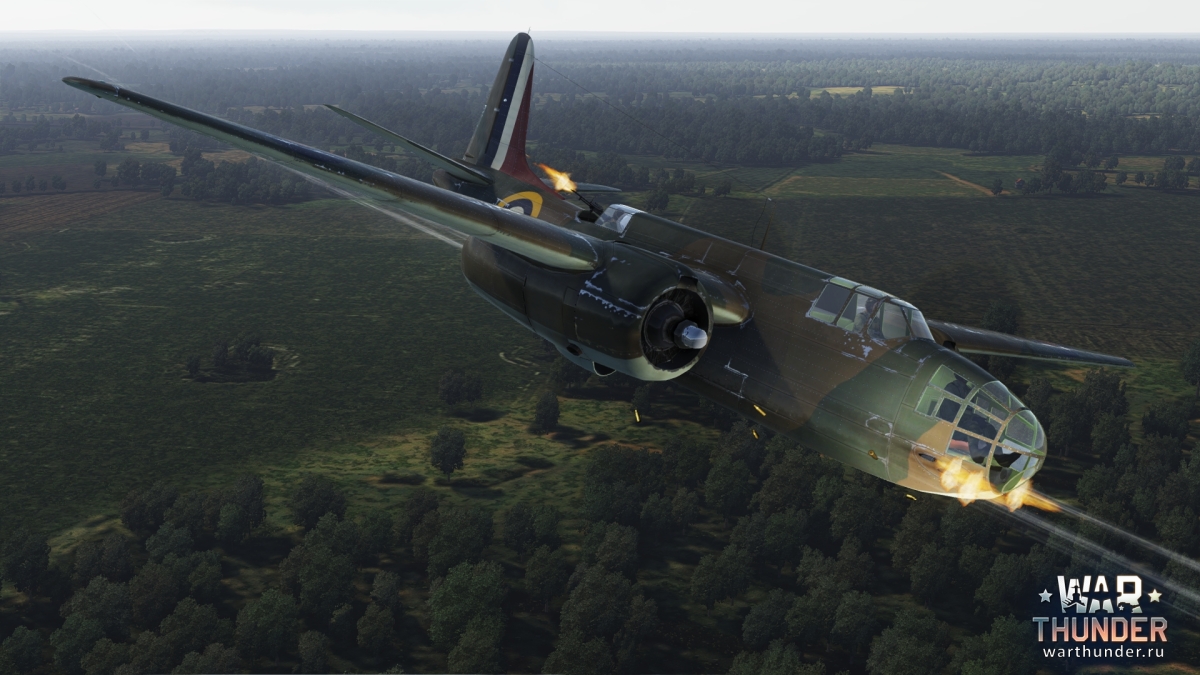 War Thunder‘s 1.67 update “Assault” came out last week, and I’ve been having a blast with it.

The update introduces the eponymous game mode Assault, which sees players playing cooperatively against waves of enemies. As of last time I checked (yesterday), Ground Assault is yet to be released, but Air Assault is all sorts of fun.

In Air Assault, which is currently at an Arcade Battles difficulty, eight players defend a ground target against waves of enemies. The difficulty of the AI is based on the highest battle rating (just like in PvP), and the enemy waves consist of different plane classes (dive bombers, fighters, high altitude bombers, etc.), though sometimes you’ll have to take out Howitzers on the ground. I believe there are a limited number of waves, since there is a red number in the bottom left of the screen that decreases with each wave, but I have yet to win a battle.

At any rate, Assault brings an entirely new sort of fun into War Thunder. While battling it out with enemy players is good and all, Assault allows your game time to take on a sort of story. The separation of a narrative versus a player-created story is something I’ve alluded to in the past, but in short it’s the difference between a plot created by a writer and the random events that happen within a game that define your own experiences with the game. Anyway, what I love about Assault is how much it doesn’t feel like a game at times. In Arcade Battles – or player battles in general – it’s a little difficult to really appreciate the grand scale of warfare when you realize that SPAA is actually an 8,8 or you forget what the controls are and accidentally bomb a friendly unit. The first time I played Air Assault, however, I was a little intimidated by all the enemy bombers flying in formation. There was something sobering, something epic about the scene. Now each wave of enemies spawns about 10 – 14 kilometers away from base, which means you have about that much distance to gain speed. When you enter their sights at about 700 meters (I currently use Tier II planes), the air explodes with fire. I like taking the leader head-on, then weaving through the formation to the side. Seeing those bombers not break formation and my plane whooshing past them with meters to spare is exhilarating. Then, of course, with all of the gunners at the rear of each plane, suddenly you have to contend with way too many angry machine guns, and it becomes a desperate balancing act of survival and duty; when do you keep engaging the enemy, at the cost of your own plane? When do you back out and repair for the next bout?

As fun as the individual moments of chaos are, though, the entirety of Assault gets somewhat tedious. The constant crush of defeat after defeat gets a little bit boring, and it feels a little unbalanced towards the AI (which I get is the entire point, but still). I still love engaging an entire formation on my own, and it’s fun competing with friends, but I just wish it was slightly easier to win; that way we’d be able to tell our own stories. At any rate, though, Assault is still fundamentally fun. I happen to be more of a tank person, though, so here’s hoping that mode comes soon.

Literally running out of time.

When Quantum Break first came out, I heard some iffy things about its technical difficulties and it kind of dropped off my radar, especially because at first I thought the main character was just some unassuming middle-aged white dude (I mean, I did get two of those three correct). I didn’t really look into it too much; all I knew about it was that it had something to do with time, and that its PAX East 2016 exhibit was pretty cool.

But a few months ago, Target had a buy two, get one free deal on games so I decided to pick it up on a whim; and I’m glad I did.

Because Quantum Break has one of the most gripping narratives I’ve experienced in a long time. Its focus on time travel and loops – specifically, causal loops and Novikov’s self-consistency – helps in telling a story about sacrifice and hope. It departs from a lot of major shooter titles in its protagonist/antagonist structure; whereas something like Call of Duty might have some I-want-to-kill-everyone-to-make-a-statement guy, one can’t help but sympathize with Paul Serene, and even make you wonder whether or not Jack Joyce is really the bad guy. The way that gameplay elements would interact with the included (ish) live-action show was a breath of fresh air in the way media is handled, and the way that the game explains and deals with causal loops (albeit without referring to them explicitly by name) was simple enough in my opinion, and the way the game closed every single loop without creating any paradoxes for the sake of a happy ending appealed to my inner nerd. I particularly liked how much of the narrative was hidden throughout the world (though I hate collectibles in general), allowing for an entirely missable layer of background and lore yet still allowing the main story to come through. As Microsoft’s new IP, it was also very amusing to spot all of the Windows products in the live-action show (Windows Phone, Surface, etc.).

Gameplay, initially, was interesting enough. You’re in a normal-enough third-person shooter, but Jack Joyce has temporal manipulation powers that grant him an edge. This somewhat addresses the ever-present problem of ludonarrative dissonance, and justifies Jack’s superiority over hundreds of well-trained, elite Monarch soldiers.

By the way, can we talk about “Monarch Solutions”? C’mon, couldn’t you have picked a less villain-y company name? Jeez.

Anyway. That being said, by early to mid-game the shooting sequences started becoming stale, both in gameplay and in narrative. The introduction of soldiers equipped with chronon harnesses made the actual usage of powers a little more tempered, and made one wonder how Jack ever bested them (though, to the game’s credit, it does appear that such soldiers have less of a grasp on time than Jack does). The combat arenas had little functional differences between them, and save for introducing new enemies it felt as if once you learned how to deal with a group of enemies you could just rinse and repeat.

Which leads me to the final battle against Paul Serene. I have a love/hate relationship with this battle. On one hand, Paul himself is perhaps the most boring enemy in the game. After his display of power early in Act One you’d expect some sort of epic hand-to-hand showdown across time, but all he does is stand in two different places and have AOE attacks that are pretty easily avoided once you get the hang of them.

On the other hand, though, his instakill AOE attacks force you to move around the map, and in doing so makes at least the final battle somewhat different from every other encounter. It’s not a great mechanic when compared against other boss battles, but at least it’s different within the scope of Quantum Break.

Honestly, as a game I’m not a huge fan of how the shooter mechanics tied into the game. It’s undoubtedly a gripping narrative, and its fluid/broken timeline lends itself well to some really gorgeous moments onscreen, but I felt that if would have worked better as solely a live-action show. Yes, the way the game interacted with said show was unique and interesting; but I wonder if Quantum Break would have benefited more from a more focused TV perspective.

One final point I want to bring up: according to my Xbox, I’ve spent 9.5 hours in this game. Of those, some 90 minutes were spent watching the live-action sequences. I can’t remember exactly, but I spent between $30 and $60 on this game. Regardless of how much I did spend, that raises a question of how much value I got out of this game. In general, I start off with saying that $2/hr is a good value for a video game, then adjust that rate depending on my opinions on the specific title. Going by this benchmark alone, I’m already spending more money per hour spent in the game, and if I want to consider this a well-valued game, I’ll have to come up with some reason that justifies its price point.

The problem is, I can’t. At the same time, I can’t not. This is one of those titles where I can’t decide whether or not it was a good game for its value. Was it pretty? Yes. Did it work? Sure, apart from the annoying long load times. Was it a good game? …I don’t know. I loved its narrative. I loved its show. But I disliked the way that the actual gameplay mechanics felt a little like an afterthought, despite them being slick and intuitive. I’m not entirely sure why I feel this way, but regardless this makes Quantum Break not feel like a good game; more like a dressed-up, interactive TV show. In that sense, is it worth $60? $50? $40? I don’t know. Now maybe if I were to go back and choose other Junctions, or finish the collectibles, I’d change my tune as my price/hour ratio went down. But I don’t really see an incentive to do so, mainly because – in the theme of closed loops – I know that all choices only bend the story, not change it completely. And, as I stated earlier, I hate collectibles. So I don’t have any reason to go back and play more, meaning that I’m stuck with thinking about whether or not this game was worth my money. I might write something about this issue later, but for now it’s just something to think about. 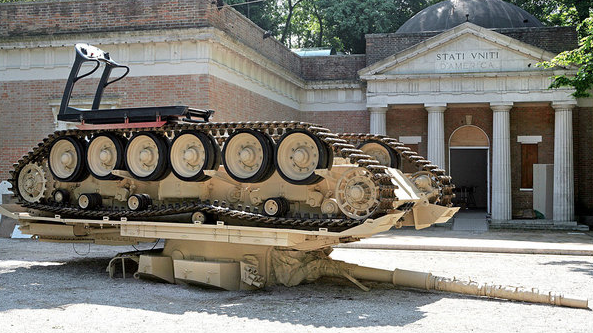 So this happened while I was playing War Thunder today: 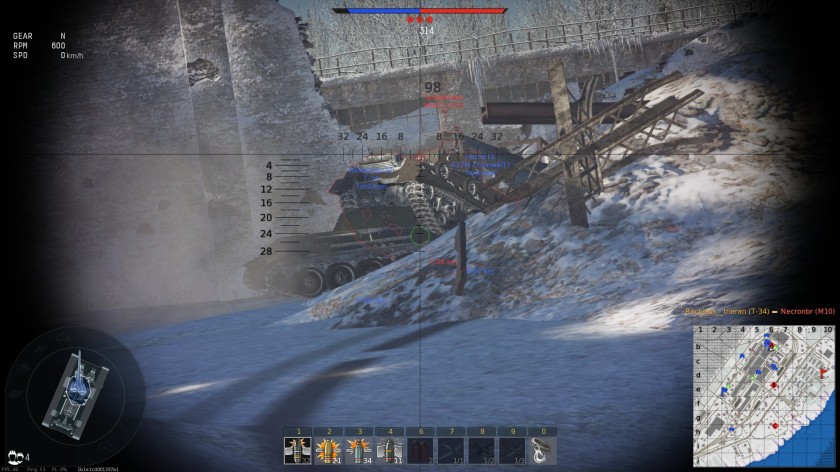 Welcome! Here you'll find my rantings about video games. Mostly video games, at least. I might digress. A lot. Maybe.