What an extraordinary experience.

I finally finished Breath of the Wild over the weekend. With all Divine Beasts freed, all memories unlocked, and the Master Sword in hand, the only thing left for me was a full-on assault against Ganon. Earlier, I had explored the rear entrance of Hyrule Castle briefly (based on the advice of one of the NPCs), and accidentally found myself the Hylian Shield, but upon realizing how badass the music was – infused with Zelda’s Lullaby and the main theme as it was – I felt morally obliged to take on the castle in a single sitting.

And that was a great idea. Hitting the castle from the front, taking the obvious path outlined on the map, fighting Ganon, and watching the credits and cutscenes took about an hour. The music invoked a sense of inevitability and duty, and taking on the Guardians one by one let me feel a real sense of progress as I made my way up the structure. The ending itself was more emotional than I was expecting; seeing the four Divine Beasts unleash their power against Ganon made me realize the enormity of Link’s task, and fighting the multi-limbed creature in the castle’s sanctum was exciting for the battle’s entirety, despite its simplicity and reliance on skill more than abilities.

But little did I know, that was not the boss battle. No, the real boss battle – the final battle – took place outdoors, in as beautiful of a setting I could ever imagine. The soundtrack called back to the main theme revealed in last year’s E3, sprinkled with almost senseless and grating piano lines, and yet had an overarching sense of elegance that was at times both harmonious and conflicting with the Bow of Light and the battle’s location in Hyrule Field. Taking on Ganon astride my trusty blue steed Thunder (I actually underused the horse mechanic in this game, preferring to do my travelling by foot; I am curious as to how this final battle would have panned out if I had never domesticated a horse) with Zelda’s voice in my mind, I was finally struck by the game’s duality of giant scale and great, intense focus. Through looking things up after the endgame, I realized I had achieved the true ending through completing all of the main quests, and that ending really made me feel empty once I realized the game was over. I only wish there was a playable epilogue that detailed Link and Zelda’s journey to restore Hyrule; perhaps in one of the planned DLCs.

In conclusion to an amazing game and extraordinary experience, Breath of the Wild left a lasting impression on me. Everything was possible; I just had to have the right mindset and the right strategy. The story, if weak and a little simple, was fulfilling. Maybe I didn’t finish all of the side quests – and it’s entirely possible I haven’t even found all of the side quests – but Breath of the Wild has already taken its place as my favorite game of all time.

How Zelda is both new and old. 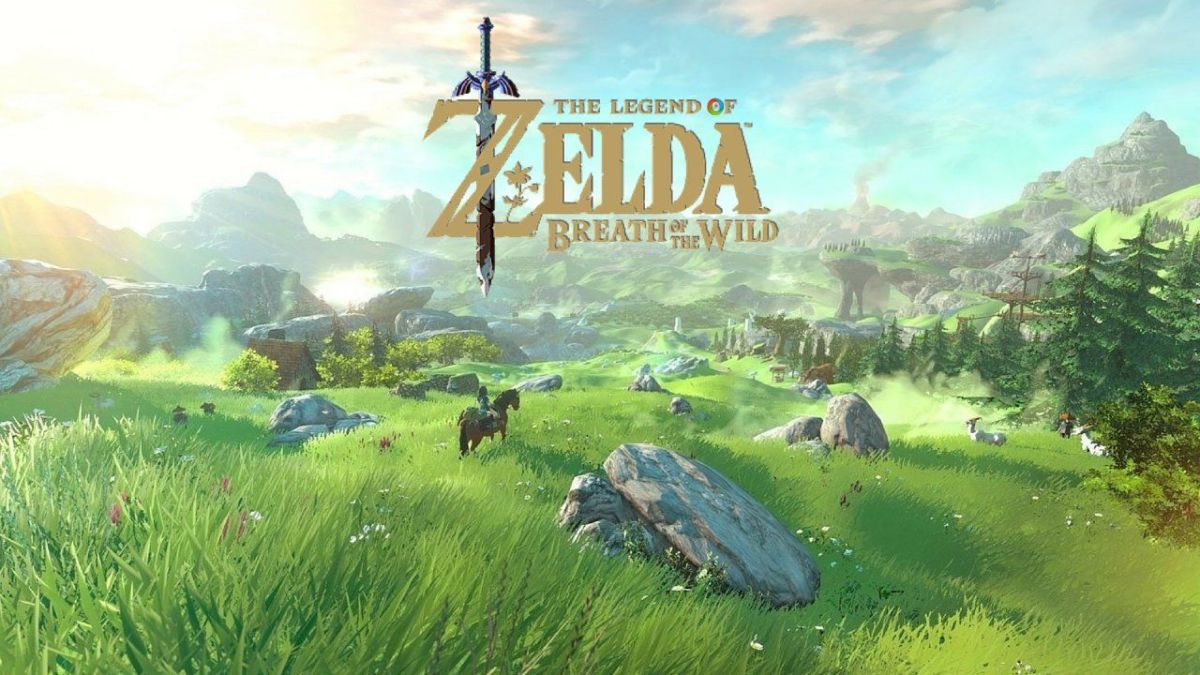 You’ve probably heard some things about Zelda‘s latest title, a little thing called Breath of the Wild, released for Nintendo Switch. No biggie.

It’s been covered to death, and ever since seeing the E3 2016 trailer (somehow I missed the first 2014 one…?) have been very excited for the game. You may remember the Twilight Princess reveal, one of the most genuinely enthusiastic responses of a video game I can think of; when BotW was revealed last year my friends and I basically lost it in a similar fashion.

As of writing, I have yet to finish the game, but I’ve put in enough time to free all of the Divine Beasts and reclaim all but one of my memories. I have also done a little over 50 shrines and unlocked the entire map. Before the summer ends I should be ready to fight Ganon; the only reason I haven’t done so is because the lead-up to Hyrule Castle has such a heroic soundtrack that I feel morally obligated to do the entire thing in one sitting.

Anyway. It’s tough to say whether BotW is the most like Zelda or the least like Zelda. On one hand, it takes a stark departure from the somewhat linear progression that the Zelda series has used in the last few years; on the other hand, it’s so close to the original Zelda that one might consider it the ultimate Zelda game.

By which I mean its completely open world. If you recall, the original Zelda game had no instructions whatsoever; you were allowed to go in any direction from initially spawning – technically you didn’t even have to grab the sword. You could tackle the dungeons in any order you desired and secrets were unlocked by using your brain. Conversely, Skyward Sword infamously had Fi, who held your hand at every corner and turning the game more into a list of chores to do.

BotW takes the best of the original Zelda and supports and structures it with modern technology. People drop hints but never tell you explicitly how to achieve a goal. The search for the Master Sword was particularly good; through talking to four or five people, you eventually synthesize information to realize it’s hidden in the Lost Woods, and in order to navigate the Woods you need to watch the wind.

I think the reason I love BotW is how it strikes a balance between abilities and mechanics. When you think about it compared to other open-world games, it actually features fewer skills that empower the player; much of what makes the game tick is under the hood. Tiny little details, really. Temperature, weather, a true, loading screen-free open world (save for dungeons and shrines), the ability to set things on fire, etc. etc. etc. Moreover, the game puts a higher emphasis on skill. People claimed that BotW took points from Dark Souls; the Souls guys replied by saying that they’ve been taking points from Zelda. While abilities help you solve puzzles, get around, and sometimes fight enemies, much of the game is based on your personal ability as a gamer to react, empowering you and making you actually feel like the hero of legend – especially if you elect to go with the reduced, “Pro” HUD (in settings). This is further seen in the different ways you can attack a challenge. With all four abilities plus the paraglider unlocked in the first half hour, failure at a challenge means you can hit from a different angle. Maybe a head-on rush against a monster camp doesn’t work, so try swinging giant metal boulders around, or gliding in from above, or lure a Guardian over or something.

That being said, I do have a minor complaint. Where is Hyrule? There’s a massive castle in the center of the world, but what is it ruling over? I realize that there are town ruins in the vicinity of the castle, but there appear to be very few citizens. It just seems strange to have a very large castle ruling over a very small amount of people, the Calamity notwithstanding.

Though I feel BotW would have been an incredible game no matter when it came out, I think it was released at a great time. AAA gaming is taking a far more businesslike model, and each day I’m losing confidence in the entire industry as a whole. I’ve long lamented how big developers seem to be putting in features for the sake of putting them in and not for fun (looking at you, Assassin’s Creed collectibles), but in BotW everything plays a part on the overarching story of Link trying to save a kingdom on the brink of destruction. Nintendo is usually seen as being somewhat conservative and backwards in terms of game development, but ever since Iwata’s tenure as president the company has almost always been experimenting with fun. They don’t always succeed (see: Star Fox Zero), and yet they are unique in their way of at least putting that first. In that sense, Breath of the Wild really is a breath of fresh air.

All aboard the hype train 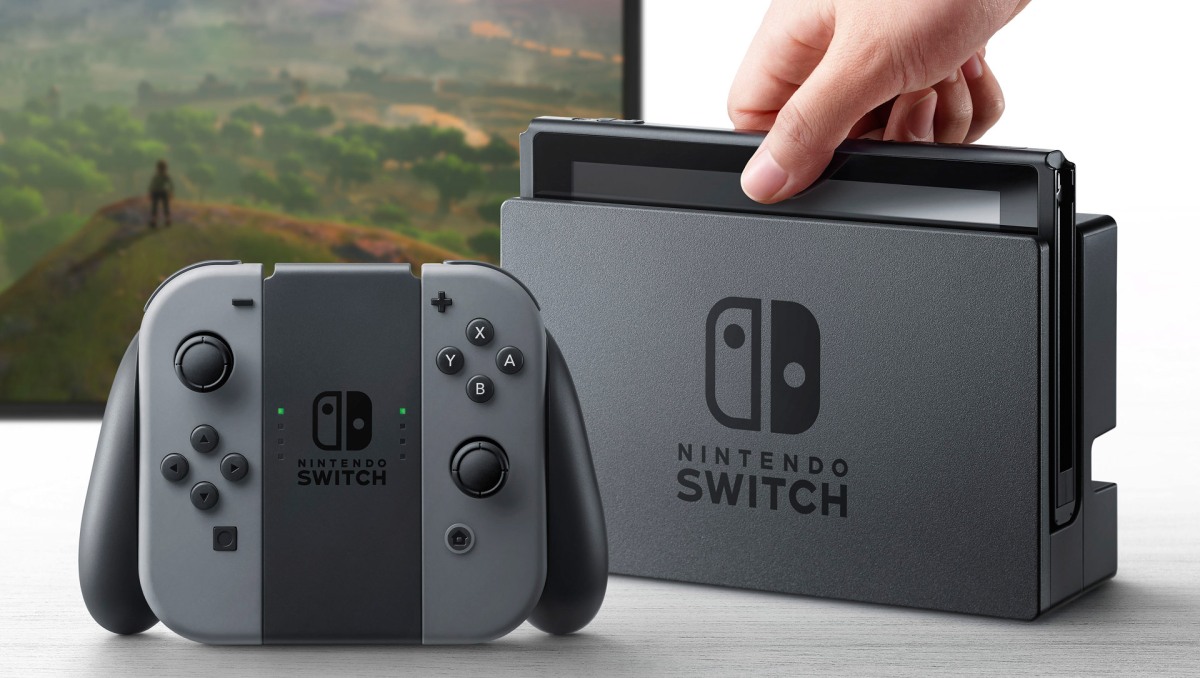 And damn, am I excited! I might have to end up breaking my “Never preorder” rule.

Welcome! Here you'll find my rantings about video games. Mostly video games, at least. I might digress. A lot. Maybe.